For ten years, CSLDF has been working to defend clima 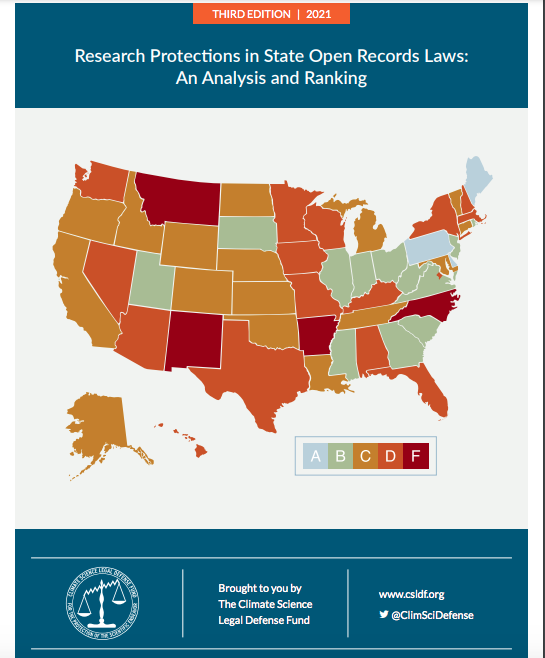 te science and scientists against various types of harassment, including the continued misuse of open records laws against publicly-funded academics. Today, we release the third edition of our report, “Research Protections in Open Records Laws: An Analysis and Ranking.” The publication includes a detailed breakdown of how each of the 50 states and the District of Columbia treat scientific and academic research under their open records laws.We found that only 3 states earned an A grade; most states received a C or a D grade; 4 states earned an F grade and have no open records protections for science.

The story of renowned climate scientist Malcolm Hughes, who became a target of politically motivated harassment by climate deniers, is a prime example of the misuse of open records laws. Read his story here.

Read our blog post to find out more about our report. The report, “Research Protections in Open Records Laws: An Analysis and Ranking,” is available here.

Our monthly donors provide vital ongoing support for our work. Your recurring gift of any amount ensures we can better plan for the future, and continue to protect members of the scientific community. Donate here.

We deeply appreciate everyone who has contributed so far. Your gifts help support climate science and protect against ongoing and emerging threats.