Our work ensures that scientists can conduct, publish, and discuss their research and advocate for science without the threat of political harassment, censorship, or legal intimidation.

The Climate Science Legal Defense Fund (CSLDF) protects the scientific endeavor by putting its legal expertise to work for scientists who are threatened or silenced due to their findings or fields of study. Our work preserves and expands scientists’ rights and strengthens the legal protections that promote scientific integrity.

How We Protect the Scientific Endeavor

We’ve fought for the scientific endeavor since 2011. Our initiatives ensure that scientists can conduct, publish, and discuss their research and advocate for science without the threat of political harassment or legal intimidation.

Our goals are simple: We want scientists to be able to focus on understanding climate change, threats to public health, and other critical human and environmental issues — and we want to ensure trust in science.

We provide a range of free legal services to scientists, including educating researchers about their legal rights and responsibilities. Our initiatives include:

In the Trump era, we documented federal and state attacks on science and assisted numerous researchers silenced by the Trump administration. Today, in addition to our ongoing initiatives, we’re focused on restoring scientific integrity and guarding against the return of anti-science ideologies.

During the past decade, we’ve assisted hundreds of scientists and educated thousands more about their rights. We remain the only organization in the United States that provides free legal advice and education to academic and government researchers targeted by groups trying to undermine science and erode scientific integrity.

CSLDF was founded in 2011 by Scott Mandia, Joshua Wolfe, and Charles Zeller. This climate-conscious group came together in response to increasing legal attacks on climate scientists and the immediate need to defray the legal costs of an ideologically-motivated lawsuit against the University of Virginia and pioneering climate scientist Michael Mann.

Following this success, Naomi Oreskes, a Harvard University science historian and author of Merchants of Doubt, and Jeff Masters, founder of Weather Underground Inc., joined what would become our founding board.

As we grew into a permanent organization, we added to the legal and educational services we offer the climate science community and began assisting researchers studying other environmental issues.

Our staff and a committed group of pro bono attorneys, law professors, interns, and volunteers achieve and advance our mission of protecting the scientific endeavor.

Meet the Driving Forces Behind CSLDF 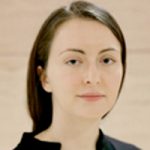 Prior to joining CSLDF as executive director in 2014, Lauren was a litigation associate at the international law firm Dechert LLP. At Dechert, she represented commercial and individual clients on a variety of multi-billion and multi-million dollar commercial disputes as well as litigation over Freedom of Information Act (FOIA) requests, document discovery claims, and defamation claims.

She has also held legal and policy positions at the U.S. Environmental Protection Agency, and worked as a law clerk at an environmental non-profit group in Dar es Salaam, Tanzania. Lauren received her J.D. from the University of Pennsylvania Law School, where she was involved in the Environmental Law Project. 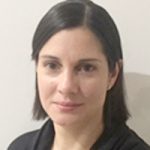 Susan Rosenthal is an attorney with an extensive background in legal and policy research. She previously worked for the Energy Programs Consortium (EPC), a joint venture of the four national associations that represent state energy officials, which provided training and technical assistance to state and local governments to help develop new clean energy programs.

Prior to joining EPC, Susan was an associate specializing in mortgage-backed securities at Heller Ehrman LLP; she also worked in legal events and in the Office of Diversity and Inclusion at a large life insurance company. Susan received her J.D. from Rutgers Law School – Newark. 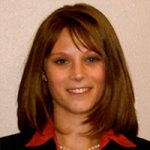 Prior to joining CSLDF, Augusta held a Fellowship at NYU Law School’s Guarini Center on Environmental, Energy and Land Use Law, where she researched and published on topics in energy and environmental law. She was also a staff attorney at the Clean Air Council, a non-profit organization in Philadelphia, where she focused on litigation involving pipelines carrying natural gas and fracking byproducts.

Before moving into environmental law, Augusta was an associate at White & Case LLP and worked on pharmaceutical patent litigation. She also clerked for a U.S. District Court Judge in New Mexico. She received her J.D. from Cornell Law School. 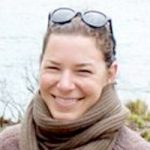 Rebecca has worked in science communication for more than ten years, primarily collaborating with Earth scientists to share their research endeavors and discoveries with the public. Prior to joining CSLDF, Rebecca wrote for Columbia University’s Lamont-Doherty Earth Observatory and The Wall Street Journal; she was also education director at Bigelow Laboratory for Ocean Sciences.

She’s co-creator of the 2014 Climate Models Calendar, a crowd-funded project that showed the diverse research that goes into climate science and the people behind it. She holds a masters in science education from Portland State University. 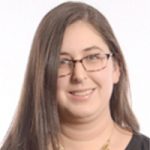 Meredith is focused on growing CSLDF’s base. In a previous role at Second Stage Theatre, she oversaw the Friends of Second Stage donor program and managed relationships for a portfolio of forty Trustees. Prior to Second Stage, she worked at Symphony Space as a grant writer and the New 42nd St. Inc. in operations. Meredith received her masters from Columbia University. 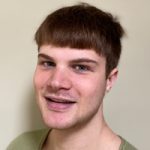 Hunter joined CSLDF in 2020 to assist in fundraising and development goals. He previously held roles as a research assistant at the New York Environmental Law and Justice Project, and as a restaurant manager at Jack’s Wife Freda Restaurants in New York City. Hunter graduated from Reed College with a B.A. in Environmental Studies and Chemistry. 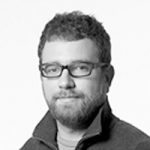 Josh is an entrepreneur who specializes in energy, the environment, and climate. He started his career as a photographer focused on telling the story of climate change, becoming the youngest person to receive the Ansel Adams Award for Conservation Photography from the Sierra Club.

Along with climate scientist Gavin Schmidt of the NASA Goddard Institute for Space Studies, Josh co-authored Climate Change: Picturing the Science (W.W. Norton & Company, 2009). According to NPR, “It’s an important subject, and Wolfe and Schmidt make a compelling case that we should care.”

Josh develops projects across a wide variety of mediums and leads a creative firm which does everything from build apps to produce documentary films. 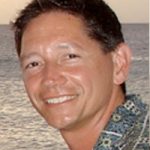 Scott is Professor of Earth and Space Sciences and Assistant Chair of the Physical Sciences Department at Suffolk County Community College. He’s taught meteorology and climatology for more than 20 years. He received the American Geophysical Union Ambassador Award in 2014 and is a 1997 recipient of the State University of New York Chancellor’s Award for Excellence in Teaching.

Scott co-authored Rising Sea Levels: An Introduction to Cause and Impact and a series of weather and climate learning modules, Investigations in Atmospheric Sciences. He co-founded the Climate Science Rapid Response Team, which matches media and government individuals with climate questions to climate scientists who have the expertise to answer them. 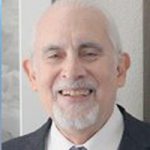 Charles began following climate science after retiring a career developing computer systems. As he learned more about the field and attacks on science intensified, he became increasingly involved in supporting policies, organizations and individuals concerned about the significance of climate risks.

Charles serves on Caltech’s Resnick Sustainability Institute’s advisory board, and brings a wealth of business and management knowledge to the CSLDF board. He also serves on the advisory board of Organizing for Action, a community organizing group that advocates for the agenda of former President Barack Obama. 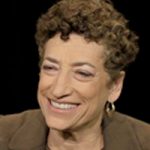 Naomi Oreskes is Professor of the History of Science and Affiliated Professor of Earth and Planetary Sciences. Prior to that she was Professor of History and Science Studies at the University of California, San Diego.

Her research focuses on understanding scientific consensus and dissent, and she’s written opinion pieces for Nature, Science, The Washington Post, The Los Angeles Times, and other major media outlets.

Naomi coauthored the book, Merchants of Doubt: How a Handful of Scientists Obscured the Truth on Issues from Tobacco to Global Warming. It was shortlisted for the Los Angeles Times Book Prize, received the 2011 Watson-David Prize from the History of Science Society, and was made into a film. 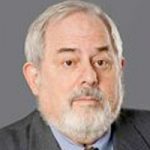 Andrew is a Partner at Mayer Brown. He’s earned the esteem of clients and colleagues alike, both as a successful appellate litigator and as a sophisticated legal thinker and strategist. In 2006, Andy was included on the National Law Journal’s list of “Top 100 Most Influential Lawyers in America.” Chambers USA 2008 recognized Andy as “unique in his position as New York’s only pure appellate lawyer.” He was named one of Benchmark’s 2013 Appellate National and New York Litigation Stars and is ranked a top lawyer in the field of appellate practice.

Andy focuses on U.S. Supreme Court and federal and state appellate practice. In the Supreme Court, he’s responsible for hundreds of briefs on the merits, a similar number of certiorari petitions, and several thousand briefs in opposition to certiorari petitions. He has argued 66 cases in the Supreme Court, and numerous cases in the federal courts of appeals and in the supreme courts of 12 states. His advice on appellate litigation strategy is widely sought and valued.

His professional accomplishments have been recognized with the Burton Award for Legal Achievement (2005); the Presidential Award for Meritorious Service (1985); the Attorney General’s Distinguished Service Award (1980); and the John Marshall Award from the U.S. Department of Justice (1975). 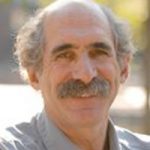 Michael is the Albert G. Milbank Professor of Geosciences and International Affairs in the Woodrow Wilson School, the Department of Geosciences, and the Princeton Environmental Institute at Princeton University. He is the Director of the Center for Policy Research on Energy and the Environment at the Woodrow Wilson School and Faculty Associate of the Atmospheric and Ocean Sciences Program, the Princeton Institute for International and Regional Studies. He joined Princeton from the Environmental Defense Fund, where he was chief scientist and manager of the Climate and Air Program.

Michael is a long-time participant in the Intergovernmental Panel on Climate Change, which shared the Nobel Peace Prize with Al Gore in 2007. He’s been a member of several panels of the National Academy of Sciences as well as the National Academies’ Board on Energy and Environmental Studies. He received the 2010 Heinz Award and is a Fellow of the American Association for the Advancement of Science. 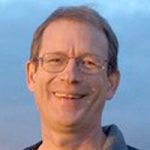 Jeff now writes a regular opinion column for Scientific American on weather and climate events. Before obtaining his Ph.D., he was part of the Hurricane Hunters as a flight meteorologist for NOAA’s Aircraft Operations Center. The University of Michigan College of Engineering awarded Jeff its 2006 Merit Award as the Alumnus of the year from their Atmospheric, Oceanic, and Space Sciences Department.

We need lawyers and firms to assist us on a pro bono basis by advising scientists. Send us a message to start a conversation.

Our attorneys are happy to talk with journalists about our work and topics at the intersection of climate and the law.

Take a Stand for Science

Science is under sustained attack. Your support help us fight for scientists and defend scientific integrity.