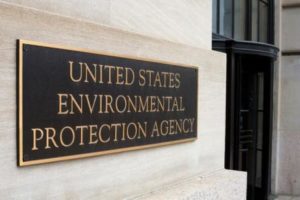 The Biden administration must rebuild the federal workforce and restore morale at government agencies. The mass exodus of scientific expertise during the last ten years restricts the government’s capacity to conduct and synthesize sound research about how climate change affects food security, pandemic preparedness, and other crucial public health issues.

Rebuilding the federal scientific workforce will also strengthen scientific integrity at federal agencies, which reached a low under the Trump administration.

On March 17, 2021, the House Science Committee held a hearing, “Brain Drain: Rebuilding the Federal Scientific Workforce.” We at the Climate Science Legal Defense Fund welcomed this hearing and submitted a statement for the hearing record.

To rebuild the federal workforce and restore morale, agencies should adopt more robust protections for scientific integrity. Our statement for the record outlines steps agencies can take to strengthen their existing policies. These include:

We developed a model scientific integrity policy with specific language agencies can use to enact these improvements.

Among the many reasons for the dramatic loss in scientific personnel at agencies is the increasing political interference in science, which contributed to a decline in morale among those in the federal scientific workforce.

In our statement, we argue that agencies need to enforce their scientific integrity policies to combat this. Policy enforcement requires, among other things, a willingness to confront threats to science even when they come from those at the highest rungs of power within an agency.

It also necessitates consistent and thorough scientific integrity training for agency personnel to create a lasting culture of scientific integrity. Doing so enables scientists to feel empowered to speak up when they see a violation and affirms that reporting one makes a difference.

By taking these steps, agencies can reinvigorate federal science and improve the retention of talented researchers, confident that they will be supported and encouraged rather than marginalized and silenced.