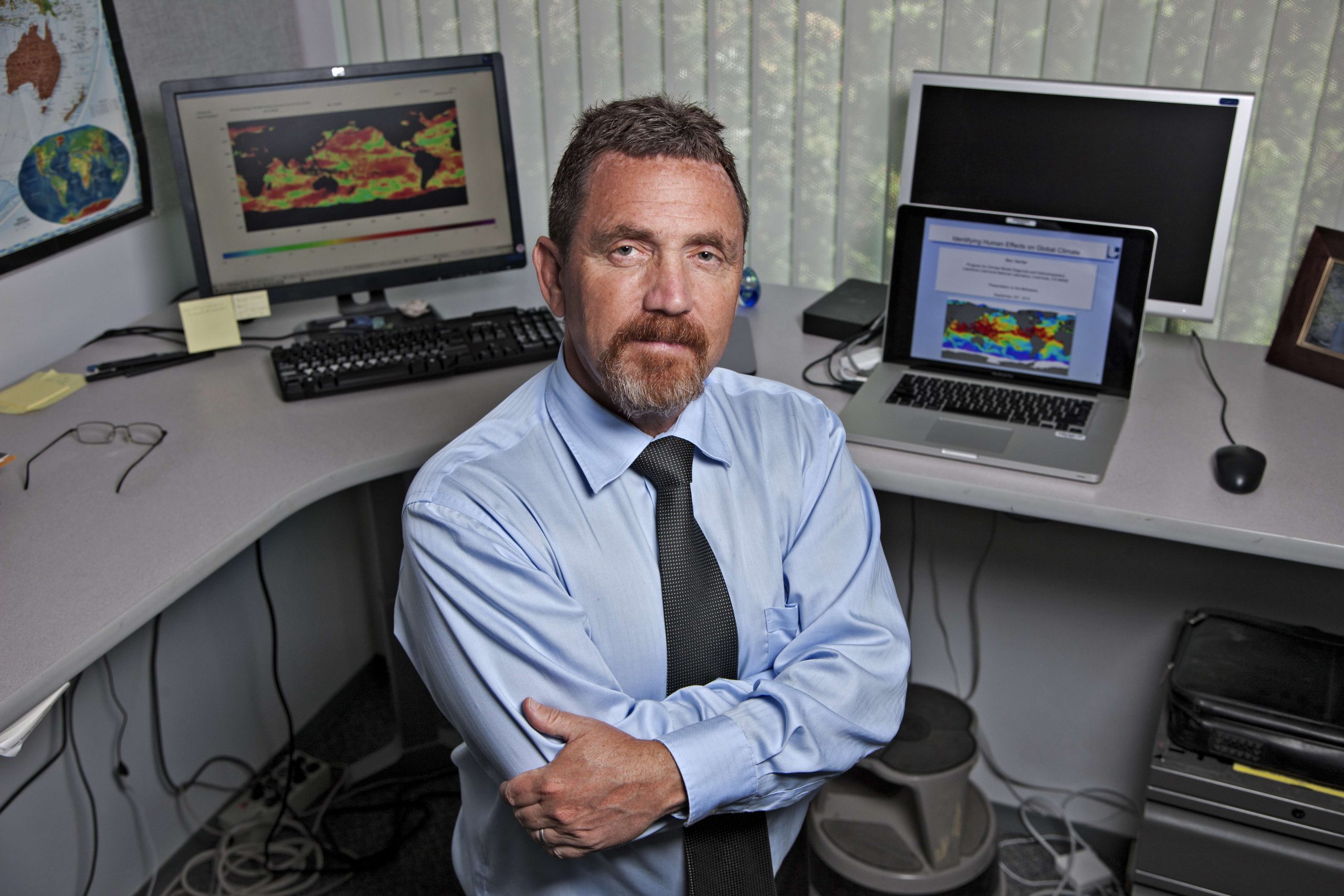 Ben Santer is an atmospheric scientist at Lawrence Livermore National Laboratory. His research has made him a target of the anti-climate science movement because it supports the finding that human activity plays a key role in global warming.

In 1994, Santer was asked to be the convening lead author of a chapter on climate change detection and attribution for the Second Assessment Report of the Intergovernmental Panel on Climate Change (IPCC), the world’s authority on climate issues.

The chapter turned out to be a critical one. In it, Santer and his co-authors wrote, “The balance of evidence suggests a discernible human influence on global climate.”

While not conclusive, this was the first time that the international scientific community had spoken with one voice to link human activity to global warming. Many powerful people and interests did not like this finding, so they went after Santer in attempts to confuse the public and dispute the report’s conclusion.

In 1995, shortly after the IPCC report was published, the Global Climate Coalition (GCC), a now-defunct lobbyist group that opposed reducing greenhouse gas emissions, accused Santer of tampering with the report for political purposes. The GCC said Santer had engaged in “scientific cleansing.” Claims were made that the entire chapter was based solely on two of Santer’s published papers rather than on the over 130 peer-reviewed publications the authors had studied.

The attacks turned personal and public in 1996. Fred Seitz, a past president of the U.S. National Academy of Sciences (who once worked for the tobacco industry to cast doubt on the scientific evidence linking smoking to cancer), wrote in a Wall Street Journal op-ed that Santer was responsible for the “most disturbing corruption of the peer-review process” that he had seen in his 60 years as a scientist. Seitz, however, was not a climate scientist and had not been involved in the IPCC report.

Santer sent a detailed response to Seitz’s op-ed, co-signed by 40 leading scientists, that was published in the Journal. In addition, the chairman and co-chairs of the IPCC wrote to the Journal in support of Santer, asserting that all proper IPCC procedures had been followed in producing the controversial chapter.

That same year, Dana Rohrabacher, a Republican congressman from California, wrote to the Department of Energy, which employs Santer and funds his research. Rohrabacher questioned where Santer’s funding had come from, and who had given him the authority to work on the report. Rohrabacher’s fishing investigation did not yield any evidence of misconduct because Santer hadn’t done anything wrong.

“It really became pretty nasty in that summer of 1996,” Santer said. But he understood that quitting was not an option. Santer says he learned an important lesson from these attacks: His responsibility did not end with the publication of the report.

“I had to tell people what we had done, what we had learned, how the chapter had come together, what the review process was, and most importantly, what the nature of the scientific evidence was that led to that ‘balance of evidence’ finding.”

Today, Santer is still harassed by the anti-climate science movement whenever he publishes a paper or makes a public statement. The harassment has taken the form of a dead rat being left on his doorstep, an anonymous knock on the door of his house at night, and threatening emails — some of which must be forwarded to the FBI.

The Climate Science Legal Defense Fund did not exist in the 1990s when Santer was going through the worst of his experiences. “The work that they do is incredible,” he said. “And I’m just so glad that they are available to the climate science community, particularly today in these very, very challenging times.”

People often ask Santer if he is discouraged by the harassment and skepticism he’s faced. He is not. Santer feels it’s an extraordinary and precious privilege to be able to do science, and “to add brick by little brick to the foundation of scientific understanding.”

Santer’s advice to young scientists: “Your work matters. Keep on doing what you do to the very best of your ability and for as long as you possibly can. This is our responsibility as scientists — to understand what’s going on in the climate system, why climate is changing, and what likely outcomes are if we do not significantly reduce emissions of greenhouse gases. There’s no point in being a scientist if you’re unwilling to defend the technical expertise that you have and the findings that you and your colleagues have gained.”

“It is gratifying to know that what we do really matters at this point in human history,” Santer said. “And it’s reassuring to know there are organizations like the Climate Science Legal Defense Fund that are willing to go to bat for us so that scientists are not facing these problems and difficulties on their own.”

— Renee Cho is a blogger for Columbia University’s Earth Institute