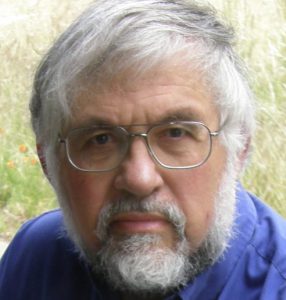 John Mashey is a retired computer scientist and executive who worked at Bell Labs and in the Silicon Valley tech world. He’s deeply involved in fighting the anti-climate science machinery and writes regularly for DeSmogBlog, which counters climate change misinformation campaigns with facts. In 2015, two statisticians sued Mashey for “tortious interference” after he worked to show they’d plagiarized parts of a report they produced for the anti-climate science movement.

The saga began in 2006 when Joe Barton (R-TX), who was then-chair of the U.S. House Committee on Energy and Commerce and who (still) rejects the scientific consensus on climate change, commissioned a report by Edward Wegman, a statistician at George Mason University, and Yasmin Said, Wegman’s former graduate student. Neither statistician had a background in climate science; Rep. Barton sought a report that would disprove findings by climate scientists Michael Mann, Malcolm Hughes, and Raymond Bradley which showed global mean temperatures started rapidly rising in the 20th century — research that has since been repeatedly replicated and validated by other scientists. Rep. Barton had begun targeting the three scientists in 2005 and Wegman’s report was another way of attacking their research.

Beginning in late 2009, the Canadian blogger ”Deep Climate” began publishing evidence of plagiarism in the Wegman Report. Mashey continued examining the report and in 2010, he produced a 250-page analysis of the report, further exposing who was involved and how the plagiarism was accomplished. Mashey concluded that more than one-third of the report’s pages included text from other published sources without citation, in addition to erroneous data citations and distortions.

In 2008, Wegman and Said published a paper in Computational Statistics & Data Analysis that used some of the same text Deep Climate had shown to be plagiarized in the Wegman Report. Mashey and others filed complaints. The paper was retracted and Wegman was reprimanded by George Mason University.

“Needless to say, none of this made me real popular with Ed Wegman,” said Mashey, who knew he was already on the radar of anti-climate groups. But, aside from occasional nasty emails, comments in a 2011 Science profile, and an article in the Chronicle of Higher Education, no one took action against him.

In 2009 and 2011, Wegman and Said wrote two articles about statistics for the journal Wiley Interdisciplinary Reviews: Computational Statistics, of which they were co-Editors-in-Chief. Deep Climate found more plagiarism, and a group effort found even more. Mashey concluded that the articles had been “hacked together from Wikipedia and other sources.” After Mashey and several others complained to the journal, Wiley allowed Wegman and Said to quietly revise the articles. Mashey and others escalated complaints to Wiley’s board and executives and in 2012, Wegman and Said quietly disappeared from the masthead.

Mashey says he had two reasons for exposing the problems with the Wegman Report. “One was the long-term commitment to science and science as a base for public policy,” he said. “It was clear there was a well-organized effort to cause trouble for that. And the second thing was personal: I started to get to know people who I knew were good scientists, whose work I read, and they were getting hassled like this.”

In March 2015, Wegman and Said took aim at Mashey by filing a pair of lawsuits against him, seeking two million dollars. The lawsuits claimed that by publicizing their episodes of plagiarism, Mashey had caused Wegman and Said to lose future earnings and prestige. This, Wegman and Said claimed, constituted “tortious interference” with their work. They asserted conspiracies and malice and sought punitive damages.

In their court filings, Wegman and Said claimed that plagiarism was “never found” but did not dispute that they had copied others’ work without proper attribution.

Mashey acknowledges that he caused Wegman trouble by exposing plagiarism in his report and several of his other papers. Said’s postdoc fellowship at George Mason was not renewed.

“This thing with Wiley was the only way they could get a legal excuse,” said Mashey. “Defamation didn’t work because truth is an absolute defense for defamation and I had done these careful side-by-side plagiarism displays that are instantly obvious to anyone.”

The Climate Science Legal Defense Fund (CSLDF) assisted Mashey with his legal fees, which totaled more than $45,000. A few weeks before the hearing, Wegman and Said withdrew their cases. Mashey hasn’t heard from them since.

Mashey advises climate scientists who are being harassed to reach out to other climate scientists and know that they’re not alone — others have been attacked and people care. But the first thing scientists should do is talk to CSLDF about their legal concerns.

“CSLDF has proved invaluable, especially as harassment has escalated from hate emails to legal attacks,” said Mashey. “CSLDF creates guides to help scientists anticipate attacks and understand how to deal with behavior that is quite alien to them. CSLDF sessions at the annual American Geophysical Union meetings have become quite popular, as well as their meetings with individual scientists who are relieved that an effective organization has their backs.”

— Renee Cho is a blogger for Columbia University’s Earth Institute