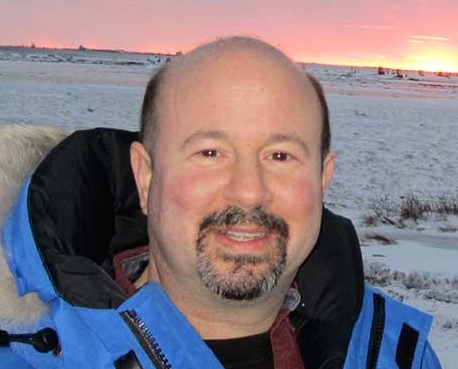 Michael Mann, a Distinguished Professor of Atmospheric Science at Pennsylvania State University and director of the University’s Earth System Science Center, is known for his research reconstructing past climate — work that led to Mann being harassed by the anti-science movement for 20 years.

In 1998 and 1999, Mann, along with colleagues Malcolm Hughes and Raymond Bradley, published two studies that reconstructed the average temperature of the northern hemisphere of the past 600 years and 1,000 years respectively. Their reconstructions showed that global mean temperatures started rapidly rising in the 20th century. The curve of the plotted data resembled the shape of a hockey stick, making it known as the “hockey stick” graph.

The graph became an iconic image in public discussions of climate change because it vividly shows the impact of industrialization and use of fossil fuels on Earth’s climate. For this reason, the graph, and Mann, soon became targets of the anti-climate science movement.

In 2005, Rep. Joe Barton (R-Texas), then chair of the House Committee on Energy and Commerce and a powerful figure in the anti-science movement, commissioned a report on Mann’s study. He disputed the findings and demanded that Mann, Hughes, and Bradley turn over information about their funding sources and computer codes, as well as their personal communications.

At the time, Barton stated that the idea that we must take action to slow global warming is “absolute nonsense.” The Washington Post said Barton was “hunting witches.” Mann responded to Barton, saying the data Barton wanted had been available in the public domain for years and could be found in a public archive. Barton’s inquiry was later found to involve misconduct and falsification of data.

In the lead-up to the 2009 United Nations Copenhagen Climate Change Conference, conflict between the anti-science movement and climate scientists arose when email exchanges between researchers at the University of East Anglia Climatic Research Unit and other climate scientists (including Mann) were hacked. The controversy — dubbed Climategate — involved contents of these emails being taken out of context by climate contrarians and used as evidence of data manipulation and the existence of a global warming conspiracy. The scientists were accused of falsification and manipulation or destruction of data. Eight subsequent independent investigations cleared the scientists, finding no evidence of fraud or scientific misconduct.

As a result of the hacking, Mann was subjected to personal attacks: he was called a liar, a charlatan, and a scumbag. He and his family received thinly veiled death threats. In 2010, he was sent a letter laced with white powder and an email that said, “You and your colleagues who have promoted this scandal ought to be shot, quartered, and fed to the pigs along with your whole damn families.” The white powder turned out to be cornstarch.

“Those behind this campaign to discredit the case for climate action have long recognized that one very effective means of attacking the science is to vilify individual scientists, to make examples of us so that other scientists are afraid to speak out,” said Mann. “I think it’s a very carefully crafted means of attack.”

In 2010, Ken Cuccinelli, Virginia’s attorney general, still searching for evidence of fraud, used a civil investigative demand to demand every email, record, or document involving Mann from 1995 to 2005, when he was on the faculty at the University of Virginia. When the court rejected his efforts, the American Tradition Institute, now known as the Energy and Environmental Legal Institute (E&E Legal), a Koch Brothers-funded group, attempted to use state open records laws to demand the same emails.

The case went all the way to the Virginia Supreme Court, which ultimately rejected E&E Legal’s efforts as being in violation of the protections afforded academics in furtherance of academic freedom.

“They’re not going to find any evidence of any impropriety or any wrongdoing,” said Mann. “They never have — so many of these emails have been stolen and made it out to the public domain — and they never will, because there is none.”

Mann has been fighting anti-science forces for almost 20 years. He is thankful that the Climate Science Legal Defense Fund exists because it assisted him with his legal issues. But he also sees it as an important resource for researchers who find themselves subject to Freedom of Information Act (FOIA) and state open records requests, and who are unfamiliar with their legal rights. When young researchers are subjected to FOIA requests, Mann puts them in touch with the Defense Fund.

“It’s important to fight back both against these vexatious demands to get a hold of our personal emails and intimidate us, and the efforts to tie us up in vexatious legal matters that take away from the time we have to do research and teach and do outreach,” said Mann.

“It’s also important to continue doing the research and speak out about the implications of that research. The critics, funded by fossil fuel interests, are hoping that their attacks will dissuade scientists from participating in the public sphere and we have to make sure that that is not the case.”

Read Mann’s book, “The Hockey Stick and the Climate Wars: Dispatches from the Front,” to learn more about the harassment he’s experienced throughout his career.

— Renee Cho is a blogger at Columbia University’s Earth Institute