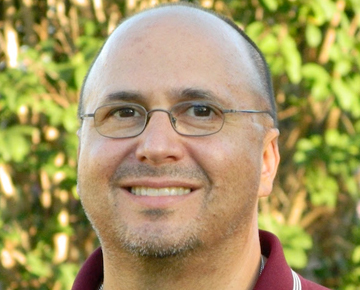 Andrew Dessler, a professor of atmospheric sciences and the Earl F. Cook Professor of Geosciences at Texas A&M University, studies the response of clouds to climate change. He’s also been recognized for his dedication to communicating climate science to policymakers and the public.

Dessler was targeted by an anti-science group in 2012 after talking with the media. Early that year, a New York Times article by Justin Gillis referenced a study by Dessler which suggests that clouds would likely increase warming over the long-term, as many computer models have predicted.

The Times article focused on the “iris hypothesis,” which was proposed by Richard Lindzen, professor of meteorology at the Massachusetts Institute of Technology and a hero to the anti-science movement. Lindzen hypothesized that as the world grows warmer, more rain will fall in the tropics, resulting in fewer high cirrus clouds. This reduced cloud cover will allow more infrared radiation to escape, cooling the world.

Many researchers have criticized and discredited Lindzen’s theory, yet the anti-science community rallies around Lindzen, who is one of the few contrarian scientists with climate science credentials.

In addition to mentioning Dessler’s research, the Times article quoted Dessler as saying, “If you listen to the credible climate skeptics, they’ve really pushed all their chips onto clouds.”

The morning after the article was published, Texas A&M received an open records request, per the Texas Public Information Act, seeking Dessler’s emails containing the terms “Lindzen,” “Michael Mann,” “hockey stick,” “Climategate,” “denier” and “tobacco.” The request was submitted by Christopher Horner, director of litigation for the ultra-conservative American Tradition Institute (ATI), which was renamed the Energy & Environment Legal Institute (E&E Legal) in 2013.

Horner wrote in the Washington Examiner that he was seeking “information reflecting how the A&M professor and activist whom Gillis quoted was using his taxpayer-funded position.” Since it was a legal request, Texas A&M turned over everything that was asked for — even though Dessler is not a tobacco scientist, didn’t work on the hockey stick graph, and had not collaborated with Michael Mann.

Dessler said he was “freaked out” by ATI’s request and called Scott Mandia, co-founder of the Climate Science Legal Defense Fund. Mandia put Dessler in touch with a lawyer who helped him calm down and figure out how to deal with the situation.

After Dessler’s emails were requested, Frontline featured him in an episode about the politics of climate change called “Climate of Doubt,” which prompted ATI to file a second request for Dessler’s emails. This time ATI sought emails containing the terms “Frontline,” “Justin Gillis” and “Catherine Upin” (producer of the Frontline piece), among others. Once again, Dessler’s emails were turned over, but nothing came of the request.

“They read the emails and then it just disappeared… There was obviously nothing in them that they could twist or misrepresent,” said Dessler.

In going after Dessler’s emails, Horner seemed to imply that being an activist while receiving federal money is unlawful. But Dessler said, “As a university faculty member and as a citizen, there are really very few constraints on what you can say… These people were on a fishing expedition. ClimateGate [the 2009 hacking of climate scientists’ emails at the University of East Anglia] was this huge success for them and they’re just going back to the well, trying to find other emails that make the scientists look bad.”

A few years later, E&E Legal submitted another open records request for some of Dessler’s emails, but none were turned over because none of his emails contained the terms requested. Dessler hasn’t heard from E&E Legal since.

Dessler believes that people and organizations with anti-science agendas now recognize that most scientists know their emails could be released. “People should be self-censoring their emails and I expect they do,” said Dessler. “There should be nobody that doesn’t realize this [being subject to an open records request] is a legitimate possibility.”

What did Dessler learn from the experience? He now advises scientists to be proactive and practice good email hygiene. He says researchers should know their state laws and their institution’s email policy; they should refrain from writing emails they don’t want the entire world to see; and re-read correspondence with an eye toward anything that could be taken out of context.

Scientists can’t predict whether their emails will be subject to an open records request, but they can take vital steps to minimize the damage that comes with one. Here’s our advice on how researchers can protect themselves.