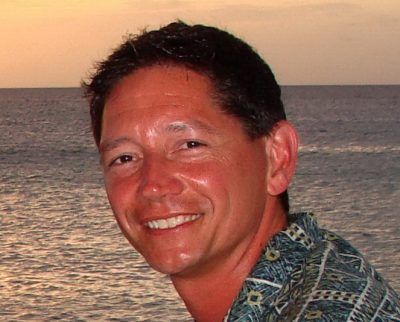 Scott Mandia, assistant chair and professor of physical sciences at Suffolk Community College on Long Island, NY, has taught climate science since 1990 and runs the blog Global Warming: Man or Myth? Mandia is co-founder and Chairman of the Board of the Climate Science Legal Defense Fund and co-founder of the Climate Science Rapid Response Team. The founding of these organizations is the result of Mandia’s tangle with well-known British climate contrarian Lord Christopher Monckton.

In 2009, Monckton gave a speech at Bethel University in Minnesota denying global warming. Although he lacks any scientific credentials, Monckton is a charismatic and persuasive speaker — over 2.7 million people have watched his Bethel University speech on YouTube.

John Abraham, a professor of thermal and fluid sciences at the University of St. Thomas School of Engineering in Minnesota and a consultant in the energy and environment industry, heard the speech and was alarmed by how convincing it sounded. He subsequently put together a detailed and comprehensive presentation rebutting all of Monckton’s points. Monckton then produced a rebuttal to Abraham, demanded that St. Thomas retract Abraham’s presentation, and asked his supporters to bombard the email inbox of St. Thomas School’s president demanding that Abraham’s presentation be removed.

Although Mandia was then a relatively unknown climate scientist, he sprang to Abraham’s defense and encouraged readers of his blog to write to the press and urge them to investigate Monckton’s attack on Abraham. On his blog, he called Monckton a “fraud.”

“At the time, I did not realize ‘fraud’ is a legally actionable word,” Mandia said. “That’s the problem with a lot of scientists…We don’t know the legal side of the house. There are certain words you can use and others that you cannot even though they sound like they have the same meaning. There’s a legal connotation to one and not the other.”

Monckton learned of Mandia’s blog post and threatened him with a libel suit. Mandia sent this information to Abraham, and was then brought into a sort of advisory group of more prominent climate scientists who had been harassed. Mandia wanted to keep fighting Monckton. “I was going to keep banging away at him,” he said. “Hoping to get sued so I could actually use a courtroom as a platform to discuss climate change.”

Another climate scientist told Mandia that climate contrarians are not interested in winning or losing. They’re interested in “grinding you to a halt for the next two years…The win is not worth the cost, even if you did win down the road.”

The other scientists advised Mandia to reply to Monckton, but not to keep pushing him. He was told: “Don’t do things to intentionally get yourself into court. Don’t step into the ring, because even if you win, it’s not going to be a win.”

Mandia also realized that had he been sued, his college might not have been willing to spend the time and money to defend him. This made him recognize the need for a “legal cavalry” outside of the institution he could call on just in case.

As a result of his confrontation with Monckton, Mandia wanted to do something to defend other scientists against similar attacks, and help them understand their legal rights and responsibilities. When Mandia was in trouble, internationally recognized scientists came to his defense and he was impressed with the solidarity and support of the science community. So when Abraham and others were contemplating setting up the Climate Science Rapid Response Team, a matchmaking service to connect climate scientists with lawmakers and the media, Mandia became its co-manager.

Today, Mandia still works to educate scientists about their legal rights — and is much more careful about what he writes. He advises never to put anything you’re angry about in an email. And he always bears in mind the words of Michael Gerrard, director of the Sabin Center for Climate Change Law: “Every email you send, you should be comfortable seeing on the front page of The New York Times. If you’re not, rewrite it.”

“In my case, I wasn’t convinced that I was going to get the legal representation I thought I deserved. So the Climate Science Legal Defense Fund would have been really nice to have. Now that it exists, scientists should know that no matter what happens, you are going to have a cavalry if you need it.”